Wind energy – an eye to the future. 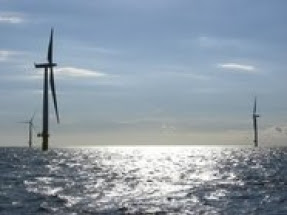 The Biden administration is opening up the northern and central coasts of California to the first commercial scale offshore wind farm projects in the region. The first location, called the Morro Bay 399 Area, is roughly 400 square miles off California’s central coast region, and the administration believes it will support as much as three gigawatts of offshore wind development.

These initial areas for offshore wind development in the Pacific Ocean could bring up to 4.6 GW of clean energy to the grid, enough to power 1.6 million American homes.

The announcement extends the Biden administration’s approach on offshore wind to the Pacific coast, while crucial state-level legislation to support offshore wind is now advancing through the California State Assembly.

To date, the Energy Department, through its Office of Energy Efficiency and Renewable Energy and ARPA-E have invested more than $100 million in researching, developing, and demonstrating the floating wind energy technology.